From these two brands, you can find TVs with up-to-date technology. On these TV brands, we watch movies, games, and other video content that seems very real.

Given their similarities, it can be difficult to determine which brand is better. An in-depth comparison of their features and specifications will be able to finally settle this debate.

After summarizing the main points, I present a detailed comparison. You will need to read the explanations below if you do not understand the definitions of the terms in the table below.

By reading the comparison, you will be able to select which brand works best for you. A list of the top 4K TV brands is also included, as well as recommendations on which one to buy. Check this out.

Sony 4K Versus Samsung 4K – Which TV Is Better? 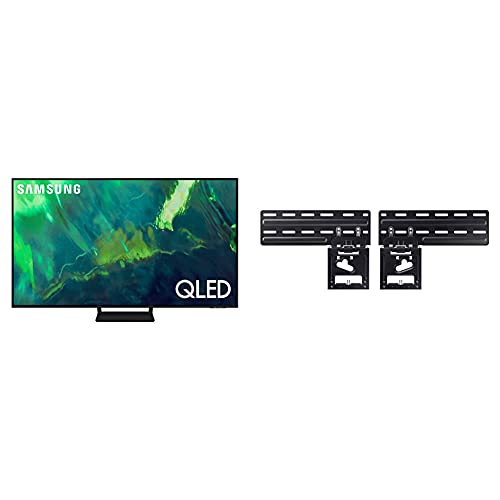 The following comments are based on my brand comparison, so don’t expect them to be the same for all 4Ks. There are several Sony and Samsung TV models.

When comparing display technologies, I will mention OLED (used by Sony) and QLED (used by Samsung); and Sony and Samsung do not always use OLED and QLED except for the very high-end TVs.

There is no micro level in any of my discussions; only a macro level. I have written other articles about individual models.

In making the comparison, I took the technology of the displays into consideration as the first parameter. Samsung’s QLED versus Sony’s OLED.

Additionally, these diodes are self-emitting, meaning that they emit light independently. Such technologies allow for incredibly precise control of brightness and darkness across the entire display. For better HDR performance, look no further than Sony OLED TVs.

In terms of brightness, QLED is superior to OLED. Images are vivid and impactful with QLED.

Its price is higher than QLED. However, experts recommend either one since both are high-end panels.

The best HDR experience comes from Sony and Samsung, but their strategies differ. HDR10+ is the format favored by Samsung, but Dolby Vision is used by Sony. One of them is a royalty-free standard, whereas the other is a proprietary standard manufactured by Dolby.

The number of out-of-date HDR content currently available for both of them is limited when compared to HDR10. This number is rapidly increasing, however. Otherwise, all features are improved. Comparing the new technologies is next.

Content availability, TV compatibility, tone mapping, and metadata are the same. HDR10+ comes in second when it comes to bit depth, but Dolby Vision comes out on top when it comes to peak brightness.

Additionally, Dolby Vision can handle 12-bit color, whereas the other can only handle 10-bit.

Onboard audio is another area where rivals differ. UCSD is a Panasonic algorithm that identifies objects around a room.

By contrast, Sony’s speakers are not driven forwards or downwards. Sound is delivered directly from the display’s surface with Acoustic Surface Audio, using actuators that vibrate the OLED screen.

Despite the fact that the screen vibrates, it can’t be seen at any volume level. This increases the realism of the experience. It is however more expensive, and it cannot create deep foundations.

An interesting approach boosts the sound quality of Samsung sets. Using a microphone built into the remote, the entire system tracks the location of viewers and optimizes performance. For this reason, the system is known as Object Tracking Sound.

OTS involves some traditional driver work, but it also involves a great deal of software optimization and performance enhancement. You can hear everything you watch on the TV through tiny speakers built into the TV.

A television’s unusually large and high soundstage is made possible by object tracking software.

It is not unusual for both Sony and Samsung to provide plenty of HDMI, USB, and other ports to their users. Samsung TVs, on the other hand, offer fewer ports than high-end Sony TVs.

Sony always has a lower price than Samsung. See my discussion above for more information. In addition to using HDR and a low-cost audio system, Samsung uses 10-bit QLED panels to reduce production costs.

It is a Japanese giant, and it is a South Korean giant. Samsung has customers who are middle-class and upper-class, but Sony has managed to market their brand as premium.

There are different sizes and prices of their televisions, so that everyone can enjoy the latest technology and video content. The two brands offer all sizes of sets, from 32-inch to 75-inch.

These two brands produce a majority of 4K smart televisions now since 4K has become the new standard and no one buys any FHD TVs anymore. Eightk models are also offered.

I cannot suggest one brand as the best because no one brand dominates in every category. Consider each brand according to its purposes.

Please take a few minutes to check it out.

Their release dates are the same and their prices are comparable, making them direct competitors. It’s tricky to choose between these two items after comparing them side-by-side.

Sony and Samsung are fighting it out for the top spot in this 4K TV battle. Who will emerge as the winner? Each person’s needs and requirements come into play. Consider how you wish to experience the content you are creating.

With such information in hand, choosing between Sony’s and Samsung’s Ultra HD smart TVs will be easy. You can read similar articles written by other experts online. Share your thoughts.

I love to explore my self to the extent that the world stops teaching! By the way, I am "Jacqueline". Welcome to my blog. Have a great read and share!!